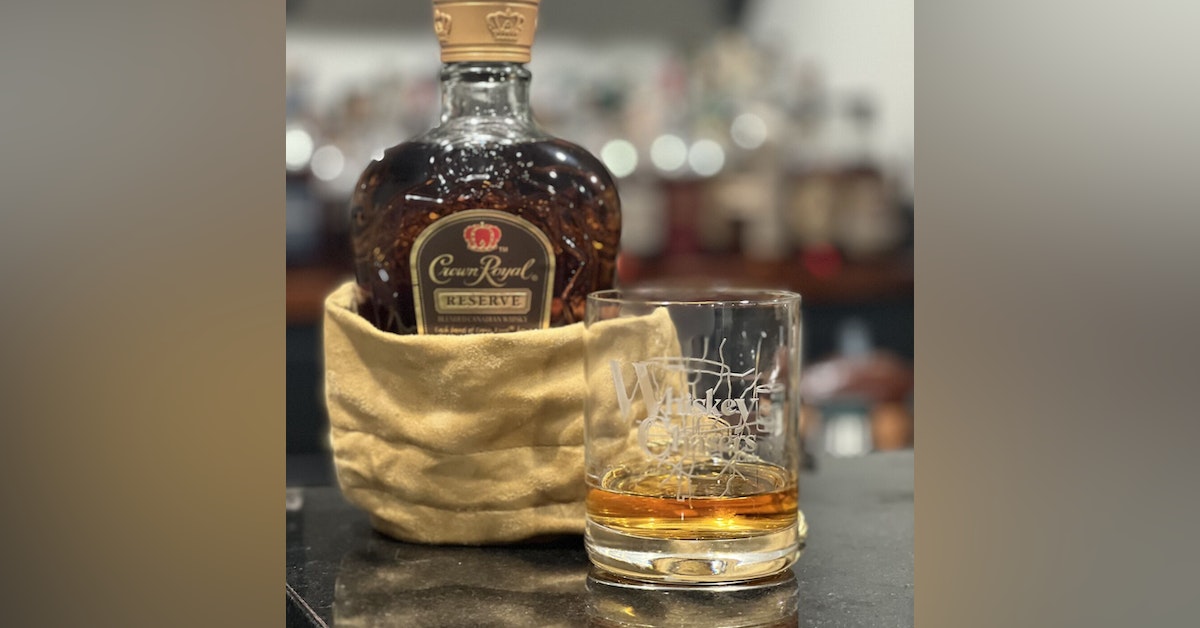 On today's episode we have a glass of  Crown Royal Reserve.  This bottle came out of a visit with the Queen to Canada to show that England still cared for its Red Headed Step Child.  The episode was recorded before Queen Elizabeth Passed away so there isn’t any reference to that, but rest in peace. Crown has certainly stepped up their game and i'm glad we have gone back to talk more about them! All that and more on today's episode of Whiskey Chasers!

-We have now had two Crown Royal bottles on this podcast, but we haven’t talked about the history of the company before.

In 1939, King George VI and Queen Elizabeth made history when they became the first reigning monarchs to visit Canada, arriving by boat and traveling the vast North American distance by train.

-Upon hearing the historic news, a Canadian spirits entrepreneur set out to craft a whisky suited for the Royal Couple. He meticulously tried more than 600 blends before outfitting the final product in a cut-glass decanter and regal purple bag with gold stitching. The whisky he presented to the King and Queen was an exquisitely smooth blend of roughly fifty whiskies which became known, fittingly, as Crown Royal.

-Five different recipes (mash bills) and twelve distillation columns produce the individual whiskies that comprise our blends, which are then aged for varying periods of time in either new or re-use charred oak barrels. Once the whiskies have been aged to our blenders’ satisfaction, they are meticulously blended to create the signature rich

-Our Master Blender hand selects less than 1% of our exceptionally aged whiskies, creating a blend that is aged longer than most for the perfect balance of flavor and depth. This whiskey is our Blender’s gift to Crown Royal enthusiasts: a creamy, rich, reserve-grade blend, with a velvety long lasting finish.

-This was first released in 1992 as "Special Reserve", but has recently been dropped to just "Reserve".