The Return of Detrick Rye from The Belle of Dayton Distillery! 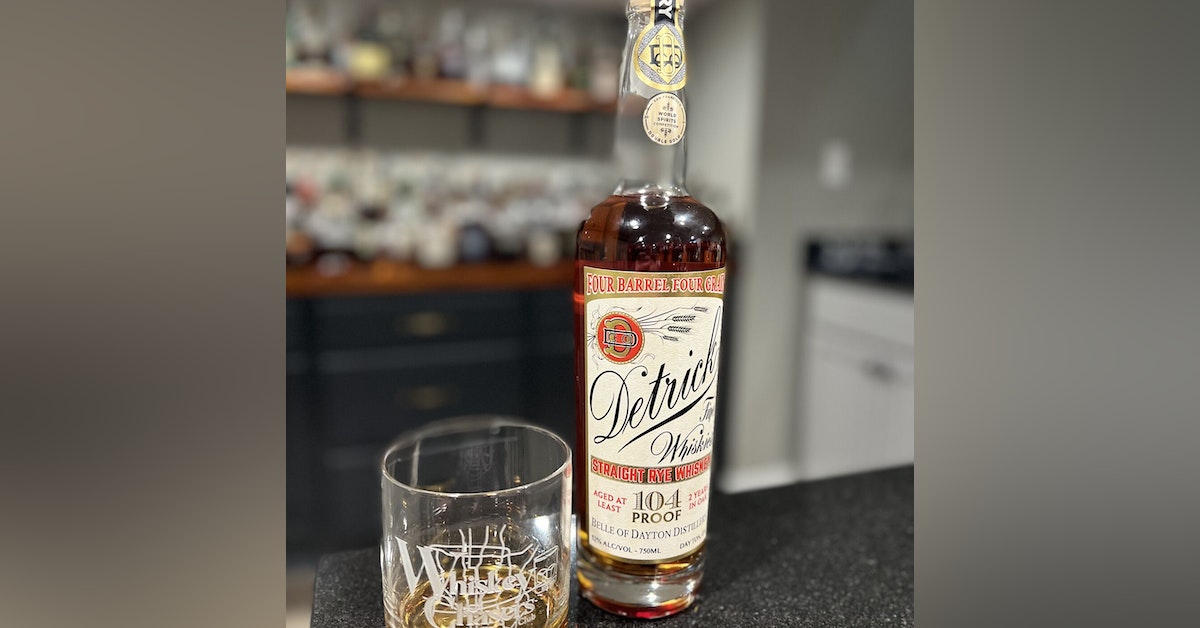 Also, Be sure to show some love for the company that brought you today's bottle!

At 104 proof, this has some fire to it, and the rye makes it even hotter.  By no means is this a negative.  A spicy rye with a hint of sweetness, it starts strong but softens as it goes, ending in a velvety finish.  The sweetness is mild, and we compare it to a black tea with a little honey.

For this being Belle of Dayton's first whiskey, I can say without a doubt that I am excited for more.  To come out of the gate with a Rye instead of a bourbon is a risky move, but it sets them apart, and since they succeeded in the bottle, puts them in front of the pack.