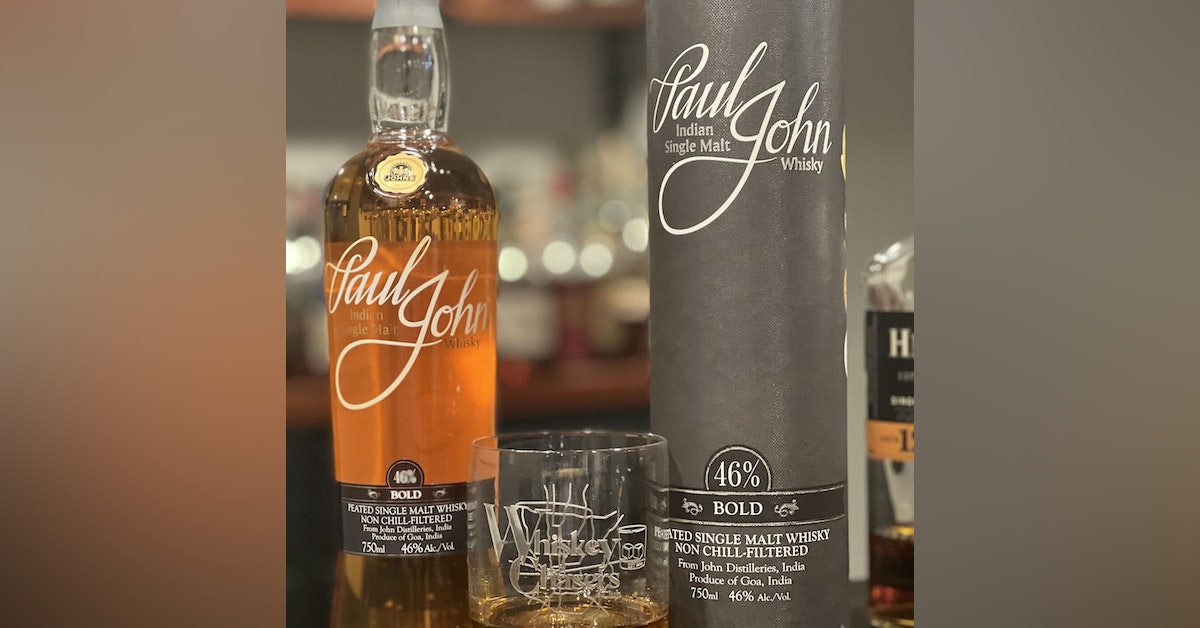 On today's episode we have a glass of Paul John Bold! This peated whisky from India is something else!  If you find it, get it! We talk about the name whisk( e)y and if that is the right word to use, Indian Gods and culture, Tradition Indian whisky, All that and more on today's episode of Whiskey Chasers!

The first thing to understand is that whisky sold within India and Indian whisky sold abroad are two very different categories. Within the country, the majority of the products labelled as whisky (they use the Scottish spelling) are actually blends consisting of neutral grain spirit, fermented molasses, and only a small percentage of malt whisky.

The reason these so-called whiskies don’t make it to the EU or the US too often is because they cannot be labelled as “whisky”; both the EU and US do not permit whisky to be distilled from anything but a grain/cereal mash and the EU does not permit neutral grain spirit (distilled over 95%). The ones that do make it over are instead known as “spirit drinks”, with closer similarities to rum. The molasses spirit is the most-consumed type of “whisky” in India.

However, true whisky is consumed in India. During the nineteenth century, Scotch whisky was imported into the country. Today the country is the world’s fifth largest Scotch whisky market. Acting as a quality catalyst, the concept of single malt Indian whisky was born in the decades that followed.

Six-row barley is less suited for whisky-making, due to the lower percentage of carbohydrates and therefore, lower sugar extraction.