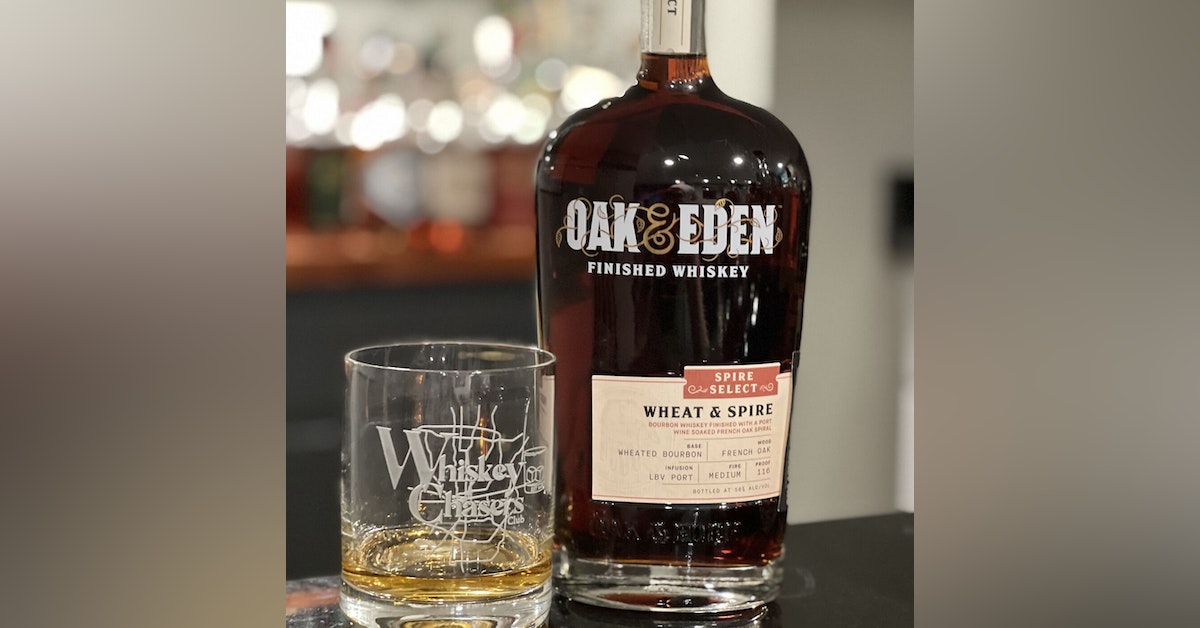 On today's episode we have a glass of  Oak and Eden Spire select, a Store Pick from Handy Spot Liqour in Ashley, Indiana.  A revolutionary new way of finishing whiskey with a stave in the bottle! We talk french oak, Finishings, and sourcing.  All that and more on today's episode of Whiskey Chasers!

-Oak & Eden was born out of an ideal for innovation in 2017 by Joe Giildenzopf (CEO), his brother Jamie Giildenzopf (Co-Founder) and Brad Neathery in Texas.

-They believe authority is released when a creator creates, and we believe everyone carries the spirit of creation in them.

-They follow the traditional distillation process and aging to the letter.

-They then break the tradition in the finishing (or double barrel) process.

-Instead of finishing a whole barrel in a second one, they take a Spire and put it in the bottles

-A spire is a spiral cut piece of oak that is made from the same species and goes through the same treatment as the barrel oak goes through.

-If you look at the back of every bottle it gets religious, but it becomes less standoff-ish as the founders talk about it.

-They are Christians. That being said, this is not a Christian whiskey. They are not attempting to convert anyone with this whiskey. They do however, because of their faith and their understanding of Scripture, see the world through that lens, including the production of whiskey. As they see it, when He turned His attention to making mankind, he did not speak us into existence, he instead used his hands. Taking the elements of the earth and forming a being… breath(ed) into us, which is translated in Hebrew (as) ‘inspire.’ … We call the whiskey Oak & Eden, in-bottle finished, inspired whiskey. And because that great creation story began with God in the garden, we named our product Oak & Eden. Oak is emblematic of wood in the bottle. Eden is the perfection of God’s creation.

-The founders were pressed once, during an interview, on how much religious undertones there was in their company and their response was “This is merely our perspective on the world”

-The company plans on making their own juice as soon as possible and replacing what is in the bottle, currently, with their own stuff; however, until that time they are pulling from MGP.

-It is a wheated bourbon that has a port wine soaked french oak spire in it and is bottled at 116 proof.

-FUN FACT: This is the only bottle that I know of that has the potential to change flavors over time, and depending on climate