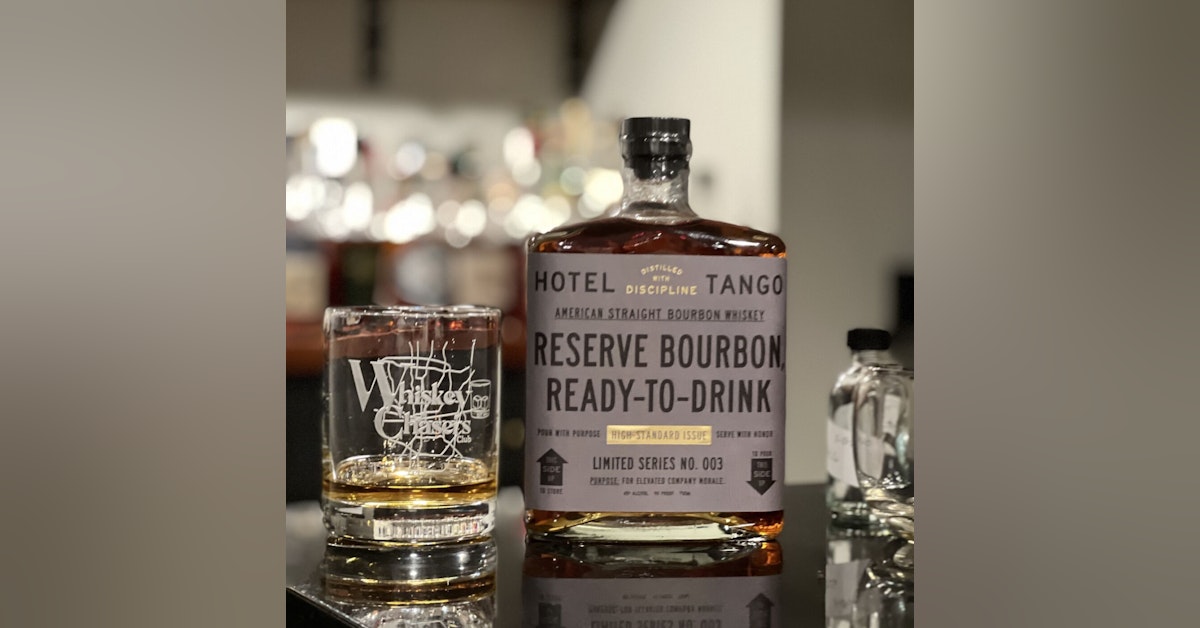 On today's episode we have a glass of Hotel Tangle Reserve number 3.  Hotel Tango is the first disabled veteran owned whiskey company.  Number 3 is sourced out of Fairbanks, Ohio from some old barrels.  Since this is released right before the 21st anniversary we talk about our experience on 9/11, and what it meant to us.  All that and more on today's episode of Whiskey Chasers!

-Travis saw what happened on 9/11 and after being profoundly affected by the attacks decided to enlist on 4/14/02.

-He serves three tours in operation Iraqi freedom and is given an honorable discharge after being hit by several IEDS during his tours.

-For this alone, most people would say you did well, you deserve to take a break, but Travis had other plans.

-Travis decides to attend and graduate Law School, where he meets his wife Hilary.

-He graduates and decides why don’t I put all of the rigorous, meticulous, training that I had from the military to good use and decides to start making whiskey.

-Apparently the whiskey is so good that his friends encourage him to start a company, and in true military fashion, he decides to name is based off the NATO phonetic alphabet and calls it Hotel Tango

-This is the Reserve Bourbon (Batch 003)

-Middle west distillery is where they currently make their bourbon, but they decided to do a reserve bottle a couple of years ago and it did so well that they are on their 3rd batch.

-For the “Reserve” they purchase barrels from other distilleries and either blend them themselves.

-Batch 002 was from George Dickel

-Batch 003 is from Flat Rock Spirits Distillery in Fairborn OH

-According to Hotel Tango, the bourbon in this bottle and in their batch 3 is no longer being produced.